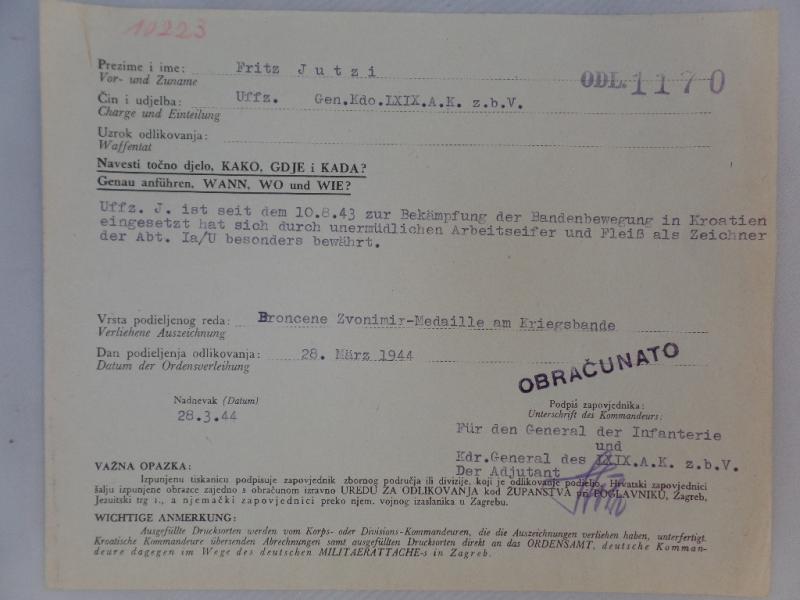 Jutzi was awarded this medal due to his efforts to fight partisans in Croatia and because of his skills as "Zeichner"(illustrator) of his unit.

The document has been signeed by the units "Adjutant." read more 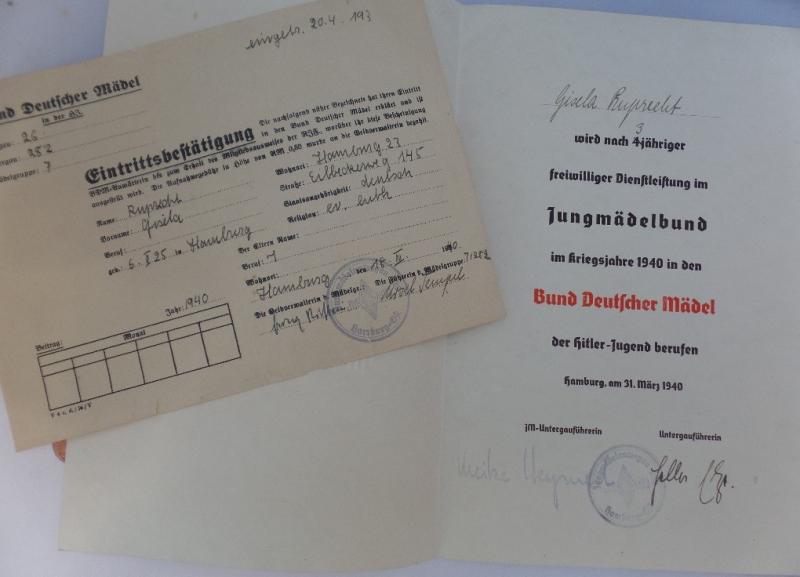 Rare and attractive "Eintrittsbestätigung" (entry confirmation) of Gisela Ruprecht who served within the "Jungmädelbund" into the "Bund Deutscher Mädel" (BDM) of the "Hitler-Jugend". 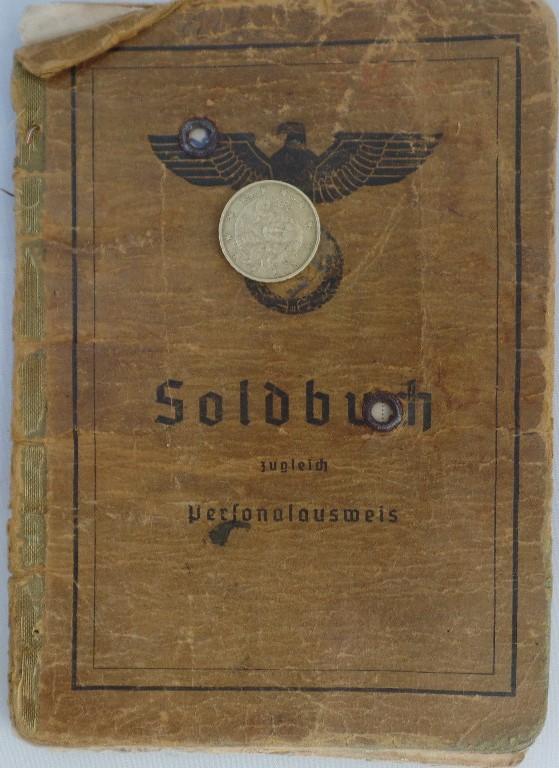 Worn and incomplete Soldbuch of "?" Heinrich Kleiner? who served wihin several different units.
The last unit Heinrich served in was : Gren.Rgt.1221 of the 180.Inf.Div.

Kleiner? was awarded the EK II ,the BWB and the "Infanterie-Sturmabzeichen" and 11 days of close combat ( "Nahkampftage")

This division acted by then at Venlo (Holland) and Wesel (Germany) in... read more 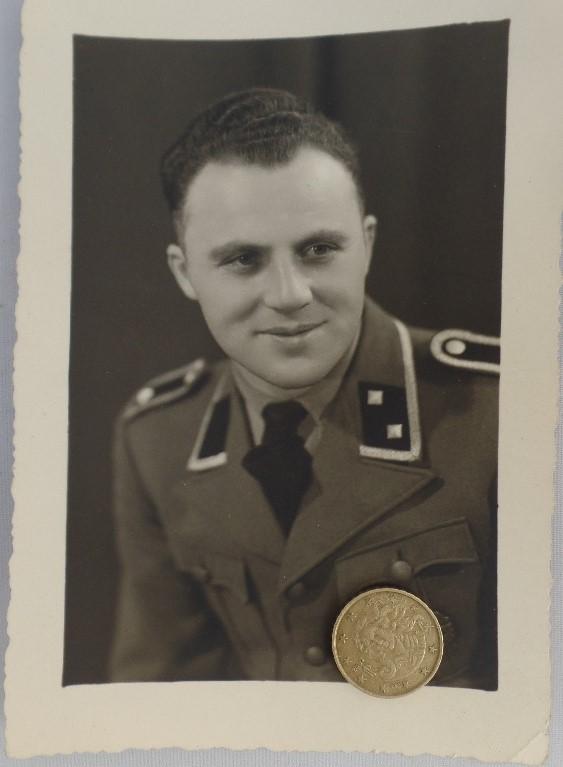 Postcard photo of an "Obersharführer" who served within the "Sicherheitsdienst" (SD) and who was awarded the "SA-Sportabzeichen" and the "DRL-sportabzeichen". read more 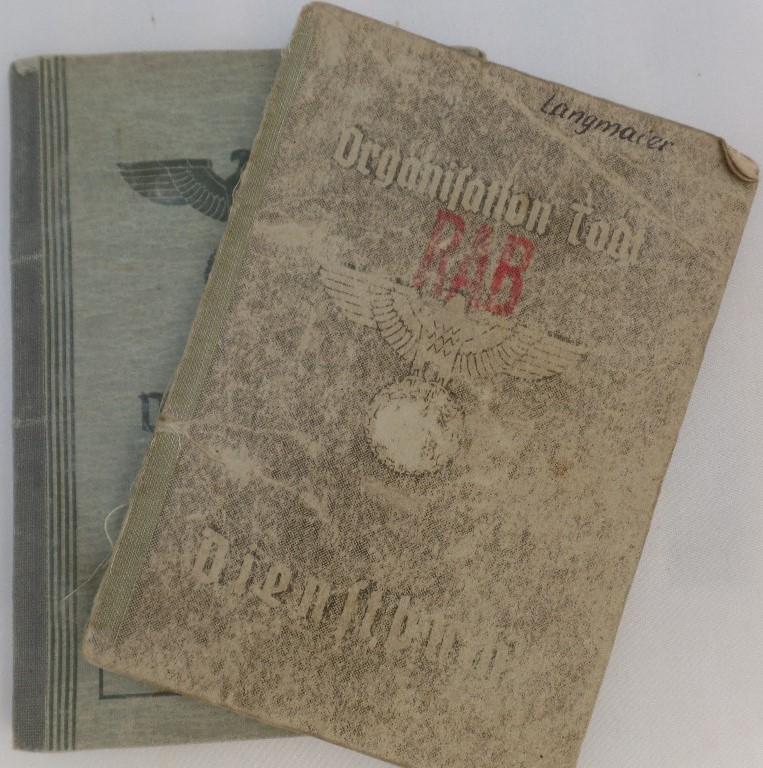 Langmaier participated in the construction of the RAB / "Reichsautobahnen" (Reich Autobahn)

After developing a good mobility structure ,Langmaier acted during fightings ar Moscow and under command of the "Heeresgruppe Mitte" and was therefore aw... read more 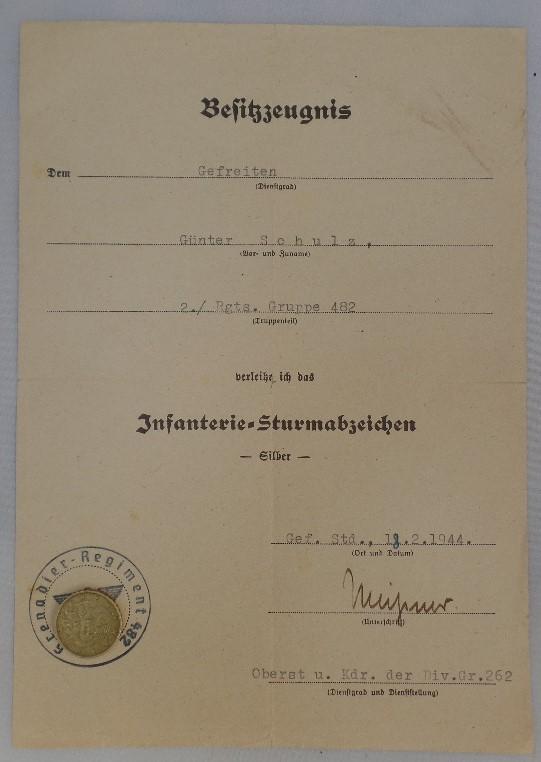 "Infanterie-Sturmabzeichen in Silber" citation of "Gefreiten" Günter Schulz who served within Rgts.Gruppe 482 of the 262.Inf.Div.

The document has been signed by "Oberst" and commander of the Div.Gruppe 262? read more 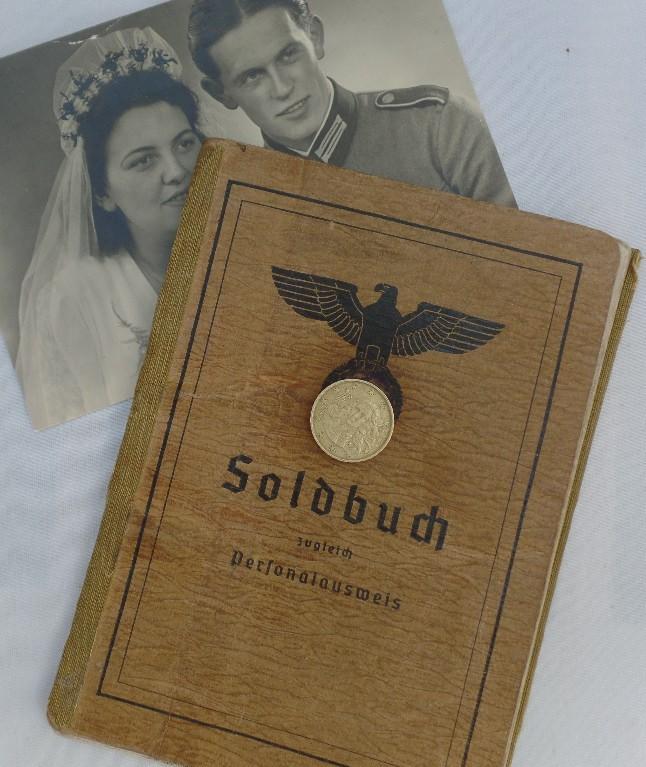 Olsjenski? was awarded the "Ostmedaille" ,the EK II ,the BWB and the "Panzerkampfabzeichen in Bronze" during his efforts in Russia.

Olsjenski? was wounded during the "Partisanenangriff" at Banja Luka (Croatia) in January !944 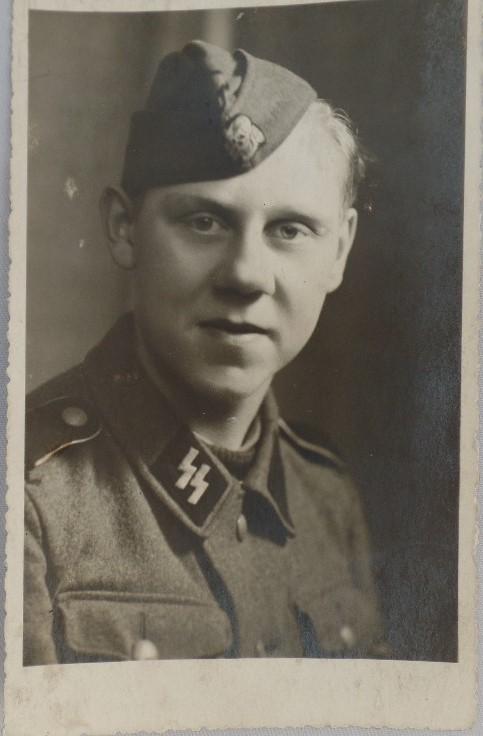 Waffen-SS photo of a "Sturmmann" wearing his "Schiffchen" or sidecap. read more 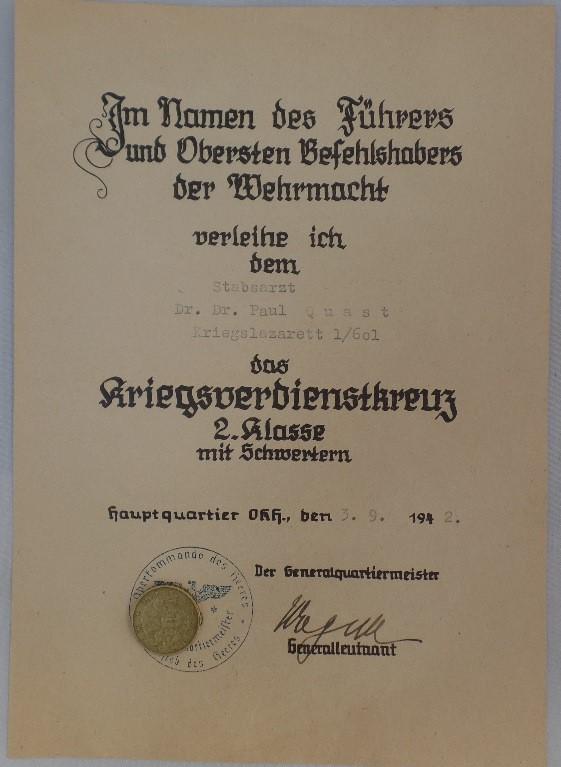 The document has been signed by "Der Generalquartiermeister" Eduard Wagner

Wagner committed suicide on 23-7-1944 before being captured by the "Gestapo".

Wagner participated in the coupe against A.H. read more 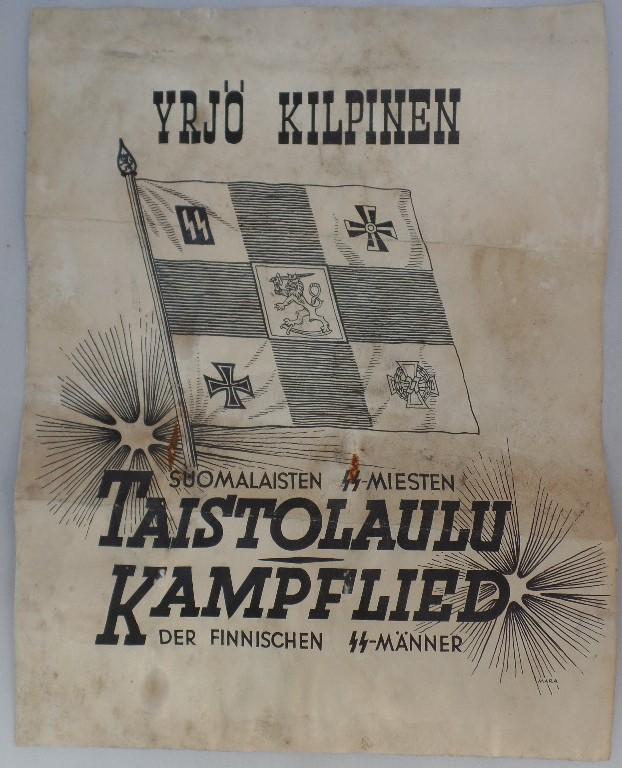